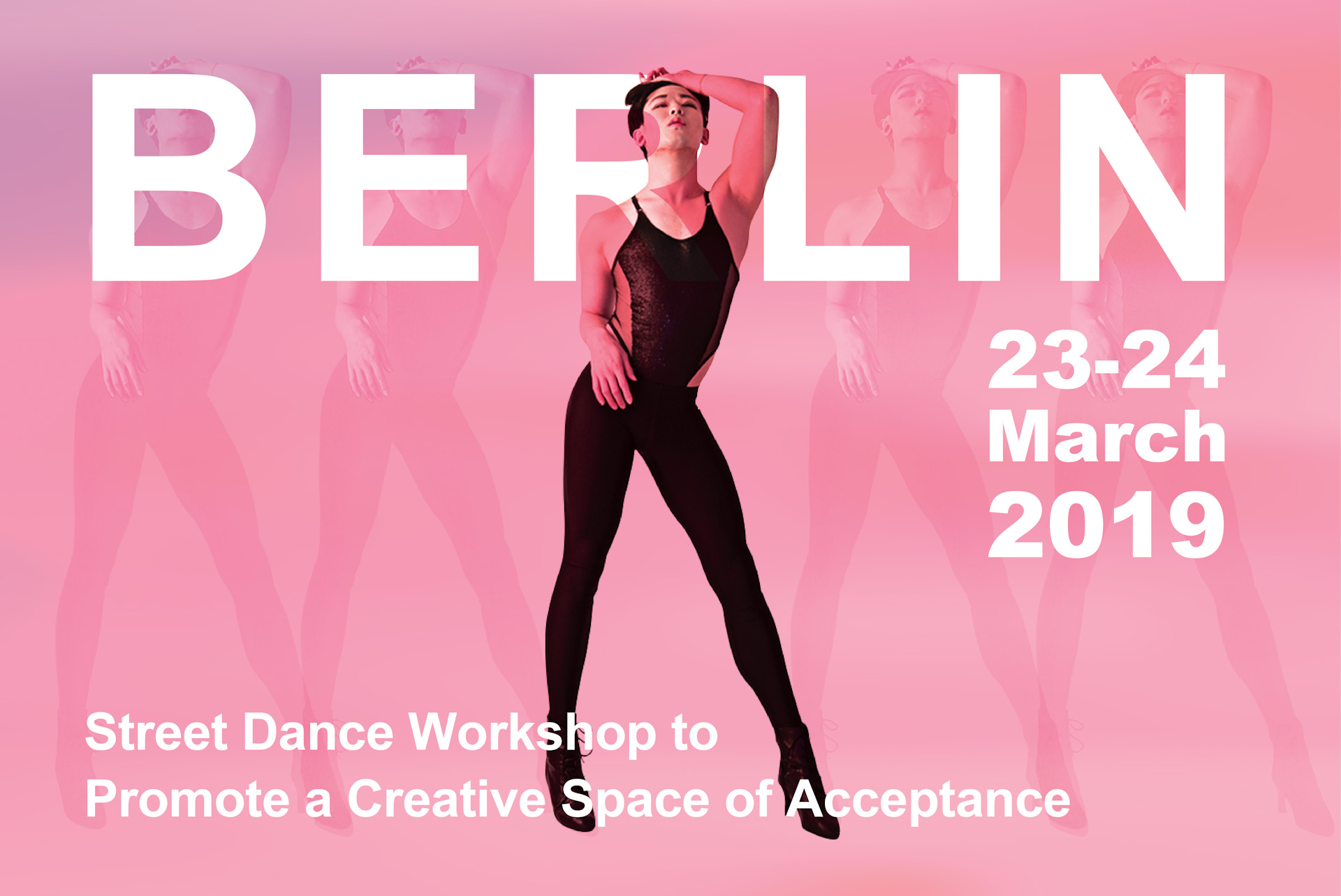 Ready to dance? Alumni of the EPRIE Program organize an empowerment workshop through waacking! Beginner session, free of charge. Open to everyone, including non-dancers. Empowerment workshop aiming to create a safe space of creative expression for racial as well as LGBTQ+ minorities and their allies. Wear comfortable clothes and shoes. Heels are optional.

Please register and submit questions via e-mail to dahye.yim@koreaverband.de.

Waacking originated from the LGBT club scenes of 1970s California. Originally the dance form was called punking, the word punk used as a derogative word to describe the queer population then. However, the dance scene embraced the word punk to reappropriate the word into a positive meaning to describe their dramatic performances in the underground gay discos. With commercialization and popularization of punking, the dance came to be called waacking.

Waacking, much like the dance form voguing which developed in the gay communities of 1970s East Coast that was mostly inspired from the fashion industry and magazines, provided a creative and expressive safe space for the LGBT community. Despite the violent backlash against the then-popular disco music as well as the AIDS epidemic that resulted in the deaths of most of the original punkers and waackers, the spirit of the dance and its social significance is still carried on to the contemporary world by dancers today.

The dance allowed for the LGBT community to be incorporated into the mainstream society and entertainment industry. Especially for the racial minorities within the LGBT community that had an even narrower standing in the heteronormative society, the gay discos and the art of punking and waacking were an underground haven where the queer dancers could forget the discrimination and forced normality of the ‘overground’ world.

8 PM: Party for participants and friends

Poster for the event: 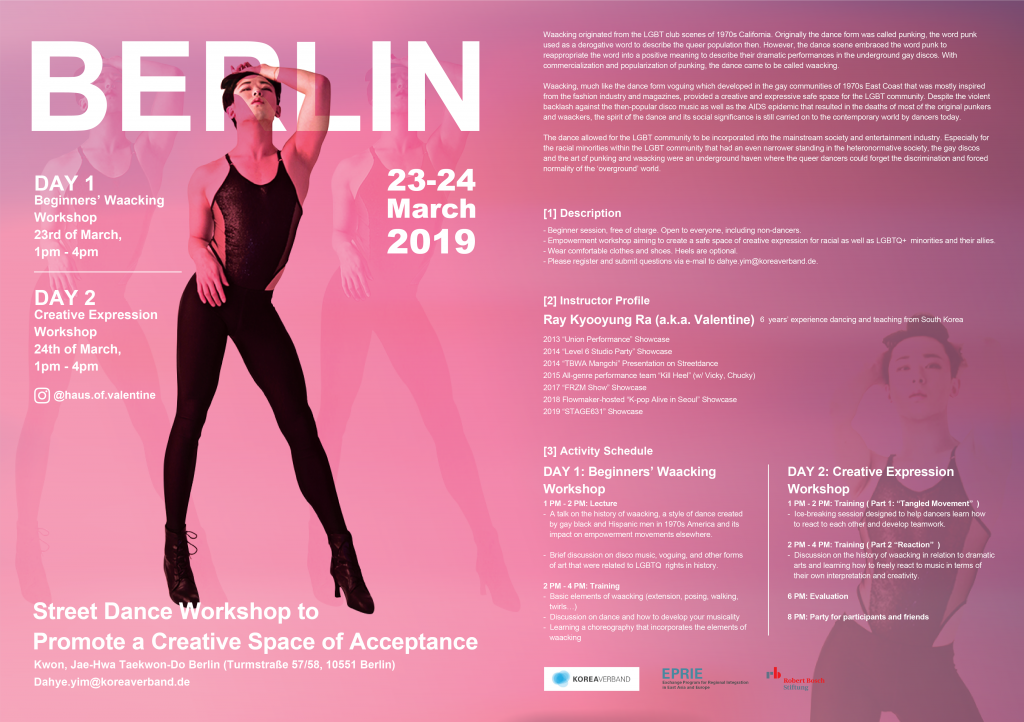 The project is funded by the EPRIE Project Fund (EPF) by Korea Verband and Robert Bosch Foundation.