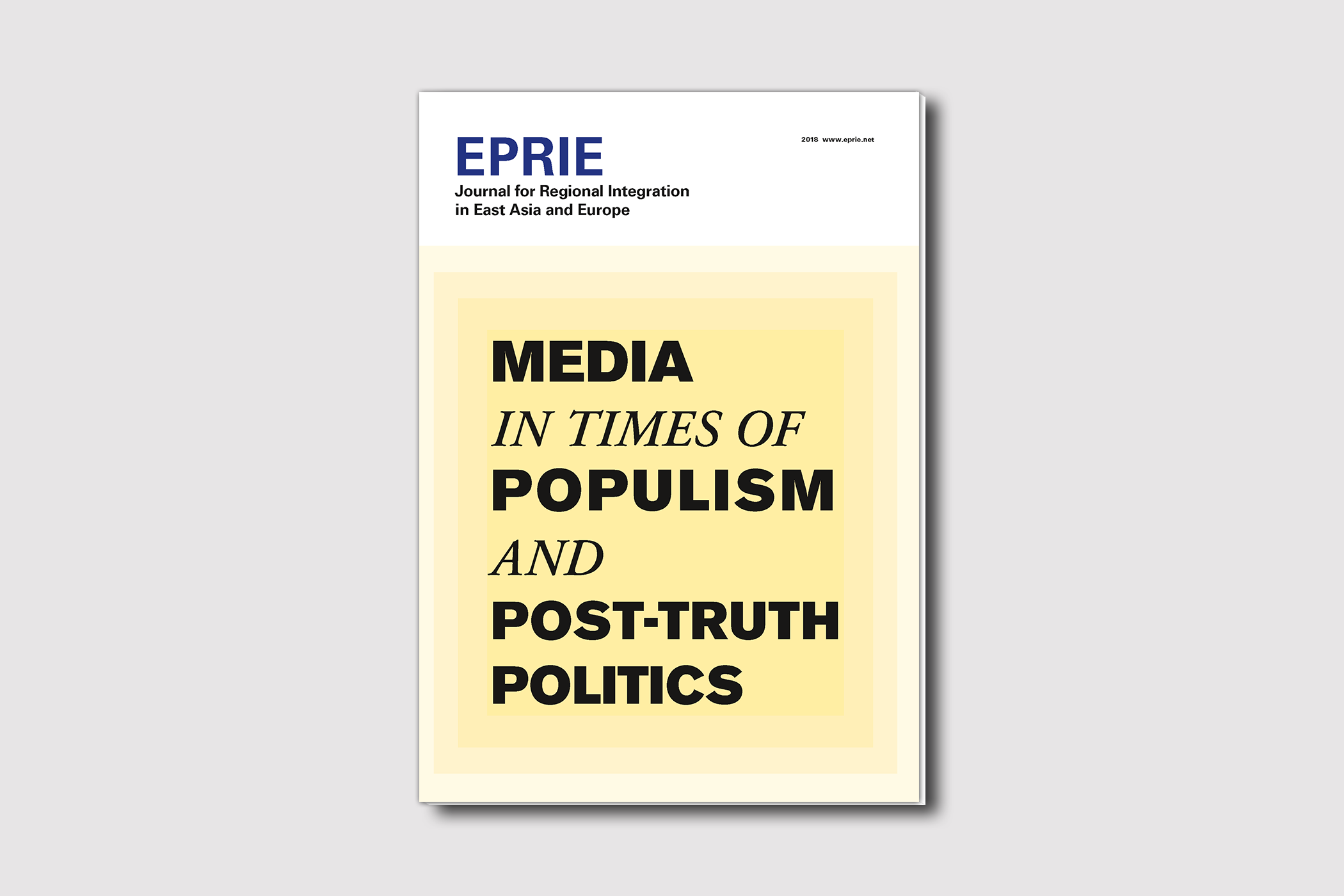 The alumni of the EPRIE program published the new EPRIE Journal 2018 on ‘Media in Times of Populism and Post-Truth Politics’.

Participants of EPRIE 2018 have contributed thought-provoking articles to elaborate on the relationship between journalism, social media, populism and post-truth politics. The EPRIE Journal also covers previous of topics EPRIE as well as the activities and research of the alumni.

You can download the new EPRIE Journal for Regional Integration in East Asia and Europe 2018 on our website for publications here: